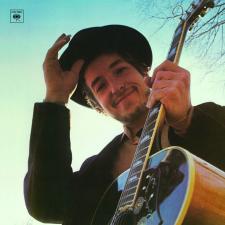 There are those who do not imitate,
Who cannot imitate
But then there are those who emulate
At times, to expand further the light
Of an original glow.
Knowing that to imitate the living
Is mockery
And to imitate the dead
Is robbery
There are those
Who are beings complete unto themselves
Whole, undaunted,-a source
As leaves of grass, as stars
As mountains, alike, alike, alike,
Yet unalike
Each is complete and contained
And as each unalike star shines
Each ray of light is forever gone
To leave way for a new ray
And a new ray, as from a fountain
Complete unto itself, full, flowing
So are some souls like stars
And their words, works and songs
Like strong, quick flashes of light

From a brilliant, erupting cone.
So where are your mountains
To match some men?

This man can rhyme the tick of time
The edge of pain, the what of sane
And comprehend the good in men, the bad in men
Can feel the hate of fight, the love of right
And the creep of blight at the speed of light
The pain of dawn, the gone of gone
The end of friend, the end of end
By math of trend
What grip to hold what he is told
How long to hold, how strong to hold
How much to hold of what is told.
And Know
The yield of rend; the break of bend
The scar of mend
I'm proud to say that I know it,
Here-in is a hell of a poet.
And lots of other things
And lots of other things.
-- Johnny Cash