From Publishers Weekly
Dylan’s 1974 anthem unfolds as a series of vignettes following the growth of a musician/activist (his clean-cut blondness is a far cry from the scruffiness of the real Dylan). May you grow up to be righteous,/ May you grow up to be true finds the hero fist-bumping an African-American school chum; May you have a strong foundation/ When the winds of changes shift captures him on the front lines of a peace demonstration. Rogers’s line drawings may surprise admirers of his Jazz ABZ: the chilly rendering style and the flat, digitally manipulated compositions recall 1960s low-budget animation. The key to this book’s likeliest audience, however, rests in the many visual shout-outs to Dylan’s career (they’re all explained in an endnote). DA Pennebaker can be seen filming the peace march, while Edie Sedgwick, Joan Baez and other hipster icons are among the marchers; another spread depicts the Greenwich Village clubs where Dylan played in the 1960s, and throws in references to both Lay, Lady, Lay (a big brass bed glimpsed through a window) and the cover of the 1963 album The Freewheelin’ Bob Dylan. Baby boomers will have a blast decoding it all. All ages. (Sept.)
Copyright © Reed Business Information, a division of Reed Elsevier Inc. All rights reserved.

From School Library Journal
Kindergarten-Grade 4–Rogers has fashioned Dylan’s 1973 song into an homage to the musician and to coming of age in the 1960s. Adults familiar with the songwriter’s life and albums will recognize images in the artwork that recall the period. For those who miss these references, a page-by-page explanation of the visual clues is appended. Most children will feel that the text reads like a blessing spoken by an adult to a growing boy. The illustrations show a street musician giving his guitar to a Caucasian child. He learns to play it and becomes friends with an African-American boy. The two eventually form their own street band, travel the country in a VW bug, and participate in rallies to save the planet and stop the war. The story comes full circle as the young man passes his guitar on to a girl at song’s end. Some of the images will be confusing to those who don’t read the back matter; e.g., the sticker on the guitar case that reads, “This machine kills Fascists” is a Woody Guthrie reference. A pleasant but additional purchase that will give baby boomers an opportunity to wax nostalgic about “the good old days” with their grandkids.
–Martha Simpson, Stratford Library Association, CT
Copyright © Reed Business Information, a division of Reed Elsevier Inc. All rights reserved. 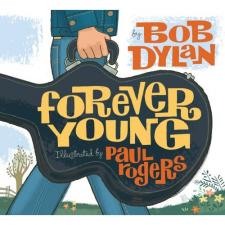 The Blues Accordin’ to Lightnin’ Hopkins