The Land Where the Blues Began

Working for the Library of Congress and other cultural institutions, legendary roots-music connoisseur Lomax ( Mister Jelly Roll ) visited the Mississippi Delta with his father, folklorist John Lomax, and black folklorist Zora Neale Hurston in the 1930s; with African American sociologists from Fiske University in the 1940s; and with a PBS film crew in the 1980s, researching the history of the blues in America. Addressing this wonderfully rich vein of scarcely acknowledged Americana, Lomax has written a marvelous appreciation of a region, its people and their music. Burdened early with now long-forgotten technology (500-pound recording machines, etc.) and encountering pronounced racial biases and cultural suspicions about black and white people mixing socially and otherwise, Lomax sought out those in the Delta who knew Robert Johnson and Charlie Patton and others acquainted with musicians once less well known, such as Doc Reese, young McKinley Morganfield (Muddy Waters), Dave Edwards, Eugene Powell and Sam Chatmon. Traveling across the South “from the Brazos bottoms of Texas to the tidewater country of Virginia,” Lomax discovers the plantations, levee camps, prisons and railroad yards where the men and women of the blues came from and the music was born. In a memoir that will take its place as an American classic, Lomax records not just his recollections but the voices of hard-working, frequently hard-drinking, spiritual people that otherwise might have been lost to readers. 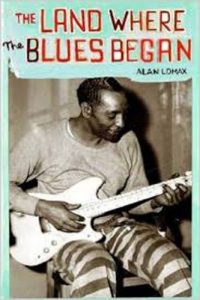