Here is your chance to own a piece of American music history: an original handbill from Bob Dylan’s “Rolling Thunder Review.”

Bob Dylan wanted to “take the music to the people” and that is exactly what he did in 1975. Joined by Joan Baez, Ramblin’ Jack Elliott and Bob Neuwirth; he posted handbills only a couple of days before each show, letting folks know the “Rolling Thunder Revue” was playing in their town. The shows were held at small local venues and solely advertised via these handbills. Now you can own one!

This auction is for one ORIGINAL “Rolling Thunder Review” handbill, 22″ by 14″ on textured parchment (the thickness & color of a manila envelope). 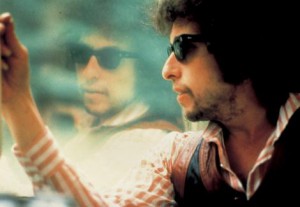