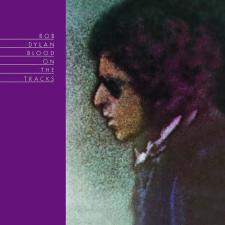 In the end, the plague touched us all. It was not confined to the Oran of Camus. No. It turned up again in America, breeding in-a-compost of greed and uselessness and murder, in those places where statesmen and generals stash the bodies of the forever young. The plague ran in the blood of men in sharkskin suits, who ran for President promising life and delivering death. The infected young men machine-gunned babies in Asian ditches; they marshalled metal death through the mighty clouds, up above God's green earth, released it in silent streams, and moved on, while the hospitals exploded and green fields were churned to mud.

And here at home, something died. The bacillus moved among us, slaying that old America where the immigrants lit a million dreams in the shadows of the bridges, killing the great brawling country of barnstormers and wobblies and home-run hitters, the place of Betty Grable and Carl Furillo and heavyweight champions of the world. And through the fog of the plague, most art withered into journalism. Painters lift the easel to scrawl their innocence on walls and manifestos. Symphonies died on crowded roads. Novels served as furnished rooms for ideology.

And as the evidence piled up, as the rock was pushed back to reveal the worms, many retreated into that past that never was, the place of balcony dreams in Loew's Met, fair women and honorable men, where we browned ourselves in the Creamsicle summers, only faintly hearing the young men march to the troopships, while Jo Stafford gladly promised her fidelity. Poor America. Tossed on a pilgrim tide. Land where the poets died.

He had remained, in front of us, or writing from the north country, and remained true. He was not the only one, of course; he is not the only one now. But of all the poets, Dylan is the one who has most clearly taken the rolled sea and put it in a glass.

Early on, he warned us, he gave many of us voice, he told us about the hard rain that was going to fall, and how it would carry plague. In the teargas in 1968 Chicago, they hurled Dylan at the walls of the great hotels, where the infected drew the blinds, and their butlers ordered up the bayonets. Most of them are gone now. Dylan remains.

So forget the clenched young scholars who analyze his rhymes into dust. Remember that he gave us voice, When our innocence died forever, Bob Dylan made that moment into art. The wonder is that he survived.

That is no small thing. We live in the smoky landscape now, as the exhausted troops seek the roads home. The signposts have been smashed; the maps are blurred. There is no politician anywhere who can move anyone to hope; the plague recedes, but it is not dead, and the statesmen are as irrelevant as the tarnished statues in the public parks. We live with a callous on the heart. Only the artists can remove it. Only the artists can help the poor land again to feel.

And here is Dylan, bringing feeling back home. In this album, he is as personal and as universal as Yeats or Blake; speaking for himself, risking that dangerous opening of the veins, he speaks for us all. The words, the music, the tones of voice speak of regret, melancholy, a sense of inevitable farewell, mixed with sly humor, some rage, and a sense of simple joy. They are the poems of a survivor. The warning voice of the innocent boy is no longer here, because Dylan has chosen not to remain a boy. It is not his voice that has grown richer, stronger, more certain; it is Dylan himself. And his poetry, his troubadour's traveling art, seems to me to be more meaningful than ever. I thought, listening to these songs, of the words of Yeats, walker of the roads of Ireland: "We make out of the quarrel with others rhetoric, but of the quarrel with ourselves, poetry."

Dylan is now looking at the quarrel of the self. The crowds have moved back off the stage of history; we are left with the solitary human, a single hair on the skin of the earth. Dylan speaks now for that single hair.

If you see her,
Say hello.
She might be in Tangiers...*

So begins one of these poems, as light as a slide on ice, and as dangerous. Dylan doesn't fall in. Instead, he tells us the essentials; a woman once lived, gone off, vanished into the wild places of the earth, still loved.

If you're makin' love to her,
Kiss her for the kid.
Who always has respected her,
for doin' what she did...*

It is a simple love song, of course, which is the proper territory of poets, but is about love filled with honor, and a kind of dignity, the generosity that so few people can summon when another has become a parenthesis in a life. That song, and some of the other love poems in this collection, seem to me absolutely right, in this moment at the end of wars, as all of us, old, young, middle-aged, men and women, are searching for some simple things to believe in. Dylan here tips his hat to Rimbaud and Verlaine, knowing all about the seasons in hell, but he insists on his right to speak of love, that human emotion that still exists, in Faulkner's phrase, in spite of, not because.

And yes, there is humor here too, a small grin pasted over the hurt, delivered almost casually, as if the poet could control the chaos of feeling with a few simply chosen words:

A simple song. Not Dante's Inferno, and not intended to be. But a song which conjures up the American road, all the busted dreams of open places, boxcars, the Big Dipper pricking the velvet night. And it made me think of Ginsberg and Corso and Ferlinghetti, and most of all, Kerouac, racing Deam Mariarty across the country in the Fifties, embracing wind and night, passing Huck Finn on the riverbanks, bouncing against the Coast, and heading back again, with Kerouac dreaming his songs of the railroad earth. Music drove them; they always knew they were near New York when they picked up Symphony Sid on the radio. In San Francisco they declared a Renaissance and read poetry to jazz, trying to make Mallarme's dream flourish in the soil of America. They failed, as artist generally do, but in some ways Dylan has kept their promise.

Now he has moved past them, driving harder into self. Listen to "Idiot Wind." It is a hard, cold-blooded poem about the survivor's anger, as personal as anything ever committed to a record. And yet is can also stand as the anthem for all who feel invaded, handled, bottled, packaged; all who spent themselves in combat with the plague; all who ever walked into the knives of humiliation or hatred. The idiot wind trivialized lives into gossip, celebrates fad and fashion, glorifies the dismal glitter of celebrity. Its products live on the covers of magazines, in all of television, if the poisoned air and dead grey lakes. But most of all, it blows through the human heart. Dylan knows that such a wind is the deadliest enemy of art. And when the artists die, we all die with them.

Or listen to the long narrative poem called "Lily, Rosemary And The Jack of Hearts." It should not be reduced to notes, or taken out of context; it should be experienced in full. The compression of story is masterful, but its real wonder is in the spaces, in what the artist left out of his painting. To me, that has always been the key to Dylan's art. To state things plainly is the function of journalism; but Dylan sings a more fugitive song: allusive, symbolic, full of imagery and ellipses, and by leaving things out, he allows us the grand privilege of creating along with him. His song becomes our song because we live in those spaces. If we listen, if we work at it, we fill up the mystery, we expand and inhabit the work of art. It is the most democratic form of creation.

Totalitarian art tells us what to feel. Dylan's art feels, and invites us to join him.

That quality is in all the work in this collection, the long, major works, the casual drawings and etchings. There are some who attack Dylan because he will not rewrite "Like a Rolling Stone" or "Gates of Eden." They are fools because they are cheating themselves of a shot at wonder. Every artist owns a vision of the world, and he shouts his protest when he sees evil mangling that vision. But he must also tell us the vision. Now we are getting Dylan's vision, rich and loamy, against which the world moved so darkly. To enter that envisioned world, is like plunging deep into a mountain pool, where the rocks are clear and smooth at the bottom.

So forget the Dylan whose image was eaten at by the mongers of the idiot wind. Don't mistake him for Isaiah, or a magazine cover, or a leader of guitar armies. He is only a troubadour, blood brother of Villon, a son of Provence, and he has survived the plague. Look: he has just walked into the courtyard, padding across the flagstones, strumming a guitar. The words are about "flowers on the hillside bloomin' crazy/Crickets talkin' back and forth in rhyme..." A girl, red-haired and melancholy, begins to smile. Listen: the poet sings to all of us: