D.A. Pennebaker’s Cinéma Vérité Masterwork “Dont Look Back” & Murray Lerner’s “The Other Side of the Mirror – Bob Dylan Live At The Newport Folk Festival 1963-1965” Available on Blu-ray Everywhere Tuesday, April 26

Bob Dylan fans and film aficionados alike have reason to celebrate on April 26, when a pair of classic documentaries, each chronicling and illuminating different aspects of Bob Dylan in the 1960s, will be released on state-of-the-art Blu-ray disc (BD) for the very first time.

Both D.A. Pennebaker’s Dont Look Back, a pioneering masterwork of cinéma vérité, and Murray Lerner’s revelatory musical time-capsule The Other Side Of The Mirror – Bob Dylan Live At The Newport Folk Festival 1963-1965, provide indispensable glimpses into Dylan and his pivotal role as an American artist in the 1960s, each film capturing an earlier era with heart-breaking immediacy.

When acclaimed documentary filmmaker D.A. Pennebaker (Monterey Pop, The War Room) filmed Bob Dylan during a three-week concert tour of England in the spring of 1965, he had no idea he was about to lens one of the 1960s most iconic feature films. Wanting to make more than just a concert film, Pennebaker decided to seek out both the public and private Bob Dylan. With unobtrusive equipment and rare access to the elusive performer, he achieved a fly-on-the-wall view of one of the most influential musicians of any era — and redefined filmmaking along the way.

New Video launched Docurama Films(R) in 1991 with Bob Dylan: Dont Look Back, the first feature documentary ever available on DVD. Twelve years and 250 award-winning, highly-acclaimed documentary titles later, Docurama continues to discover and release the greatest non-fiction films of our time while spreading the word about filmmakers who are taking the form to new heights.

Columbia Records and Legacy Recordings are releasing, for the first time on Blu-ray disc, The Other Side Of The Mirror – Bob Dylan Live At The Newport Folk Festival 1963 – 1965. An essential film in the Bob Dylan cinematic canon, The Other Side Of The Mirror brings together more than 80 minutes of exquisitely lensed performances, 70% seen here for the first time, drawn from three seminal years in the artist’s ever-evolving career.

Produced and directed by Academy Award winner Murray Lerner (From Mao To Mozart: Isaac Stern In China), The Other Side Of The Mirror – Bob Dylan Live At The Newport Folk Festival 1963 – 1965 opens a window into a critical epoch in American cultural history as reflected in the musical transformations of Bob Dylan’s galvanizing watershed performances at the Newport Folk Festival in 1963, 1964, and 1965.

“This is a different kind of film, in a sense, from what I usually make,” said Murray Lerner. “We decided on no narration, no pundit interviews, no interviews with Dylan. Nothing except the experience of seeing him… . That to me is exciting. Just the clear experience gives you everything you need.” 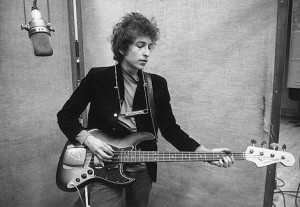