Written by: Bob Dylan
Maybe someday you’ll be satisfied
When you’ve lost everything you’ll have nothing left to hide
When you’re through running over things like you’re walking ’cross the tracks
Maybe you’ll beg me to take you back
Maybe someday you’ll find out everybody’s somebody’s fool
Maybe then you’ll realize what it would have taken to keep me cool
Maybe someday when you’re by yourself alone
You’ll know the love that I had for you was never my own

Maybe someday you’ll have nowhere to turn
You’ll look back and wonder ’bout the bridges you have burned
You’ll look back sometime when the lights grow dim
And you’ll see you look much better with me than you do with him
Through hostile cities and unfriendly towns
Thirty pieces of silver, no money down
Maybe someday, you will understand
That something for nothing is everybody’s plan

Maybe someday you’ll remember what you felt
When there was blood on the moon in the cotton belt
When both of us, baby, were going through some sort of a test
Neither one of us could do what we do best
I should have known better, baby, I should have called your bluff
I guess I was too off the handle, not sentimental enough
Maybe someday, you’ll believe me when I say
That I wanted you, baby, in every kind of way

Maybe someday you’ll hear a voice from on high
Sayin’, “For whose sake did you live, for whose sake did you die?”
Forgive me, baby, for what I didn’t do
For not breakin’ down no bedroom door to get at you
Always was a sucker for the right cross
Never wanted to go home ’til the last cent was lost
Maybe someday you will look back and see
That I made it so easy for you to follow me

Maybe someday there’ll be nothing to tell
I’m just as happy as you, baby, I just can’t say it so well
Never slumbered or slept or waited for lightning to strike
There’s no excuse for you to say that we don’t think alike
You said you were goin’ to Frisco, stay a couple of months
I always like San Francisco, I was there for a party once
Maybe someday you’ll see that it’s true
There was no greater love than what I had for you 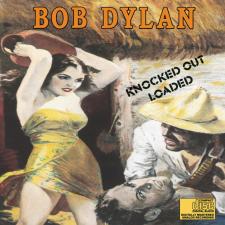