Bob Dylan’s “Theme Time Radio Hour” is back for the first time in over a decade with an exclusive two-hour episode on the theme of whiskey.

Inspired by his passion for whiskey and the creation of his own brand, Heaven’s Door, Dylan returns to Theme Time with an eclectic mix of music, poetry, anecdotes and special guests. 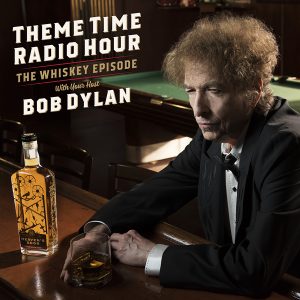