Major features of the app include:

The Bob Dylan Bootleg Series app comes with one pre-loaded song and is available for free download in the iTunes Store.  You can unlock all 36 tracks plus the live Isle of Wight performance inside the app by adding your copy of ‘Another Self Portrai’t to your iOS device. 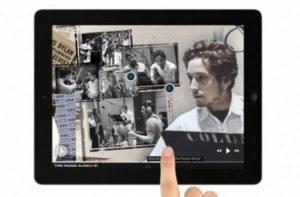